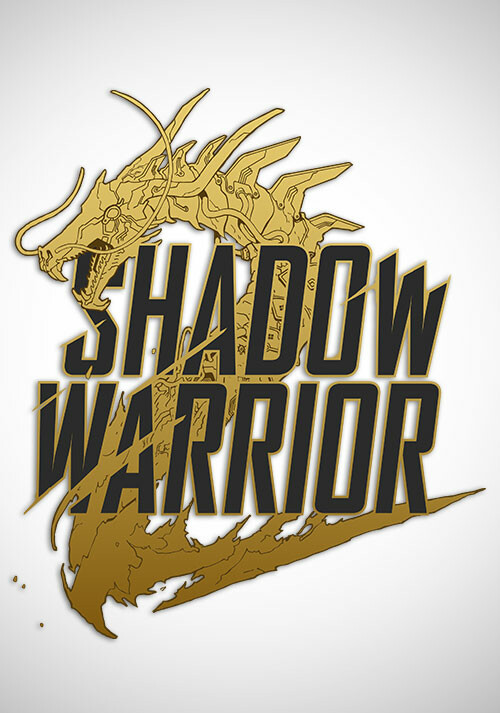 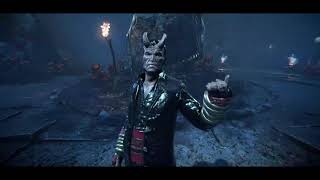 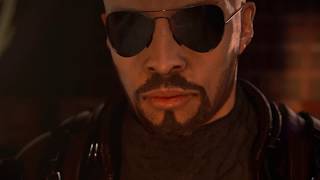 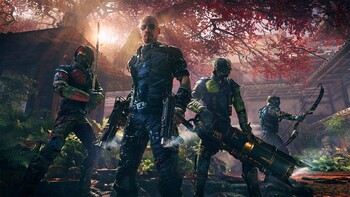 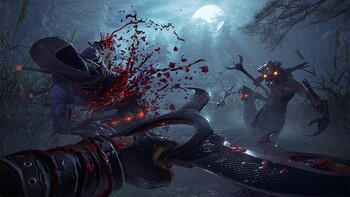 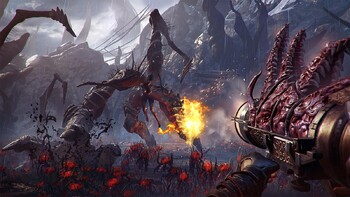 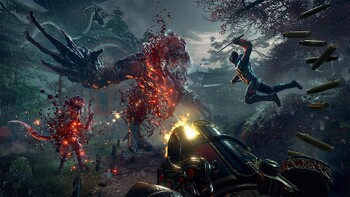 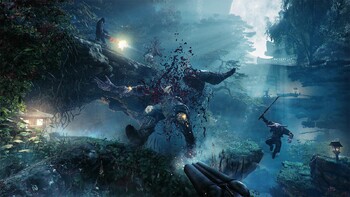 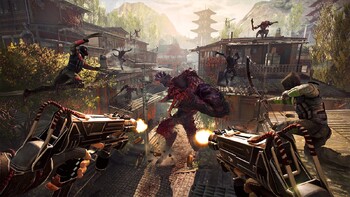 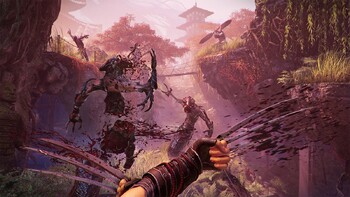 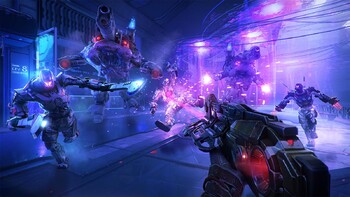 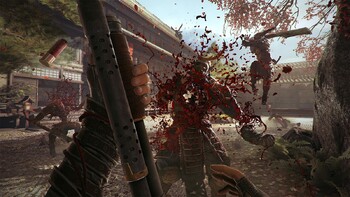 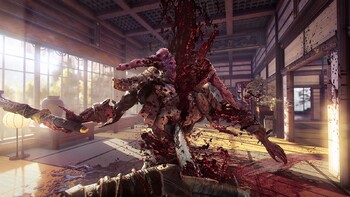 Shadow Warrior 2 is the stunning evolution of Flying Wild Hog’s offbeat first-person shooter following the further misadventures of former corporate shogun Lo Wang. Now surviving as a reclusive mercenary on the edge of a corrupted world, the formidable warrior must again wield a devastating combination of guns, blades, magic and wit to strike down the demonic legions overwhelming the world. Battle alongside allies online in four-player co-op or go it alone in spectacular procedurally-generated landscapes to complete daring missions and collect powerful new weapons, armor, and arcane relics of legend.

"Wang's stupid wisecracks kept me smiling from start to finish, and the variety of melee and ranged combat and the loot that dropped from it was satisfying enough that I came back..."

"Shadow Warrior 2 is a beautiful, fast-paced shooter with a ton of guns. There's an RPG-like layer of additional skills and extensive weapon customization, a great cast of characters,..."